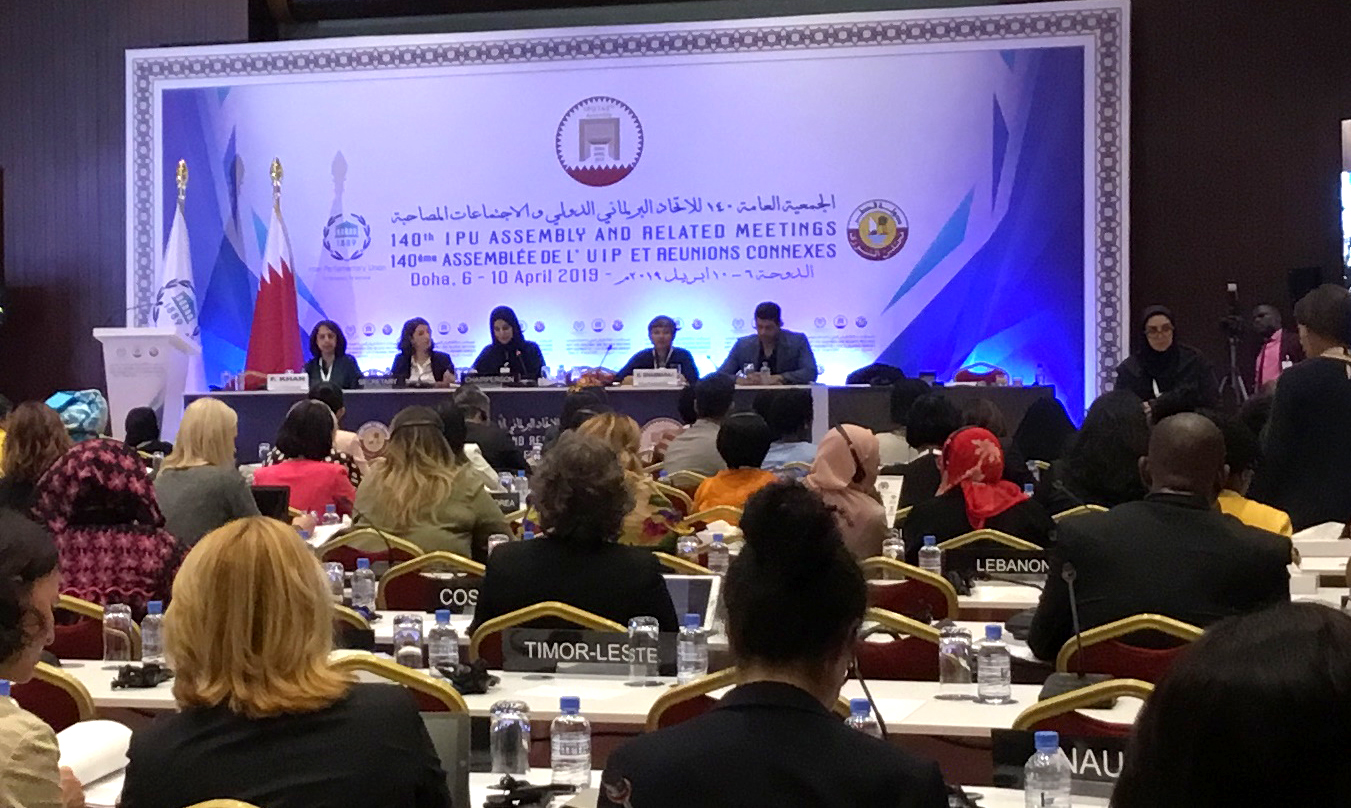 On April 6, 2019, CWGL’s Executive Director Krishanti Dharmaraj presented during the Forum of Women Parliamentarians that took place at the 140th Interparliamentary Union (IPU) Assembly in Doha, Qatar. Under the panel theme of “Equality at Work”, Krishanti emphasized the need to end gender-based violence and discrimination in the world of work in order to achieve this equality for all women, and in consideration of their intersecting identities.

The panel presented to the IPU Assembly audience that included over 1,500 delegates, including Speakers and Deputy Speakers of parliament, parliamentarians, and parliamentary staff. The opportunity provided members of parliament the space to identify good practices and strategies to achieve gender equality in the world of work. It also demonstrated the precarious and undervalued work, including paid and unpaid domestic work, that often has an overrepresentation of women workers such as those working in the informal economy. These are among the aspects that continue the cycle of vulnerability to violence and harassment that parliamentarians must consider in their approaches toward equality. 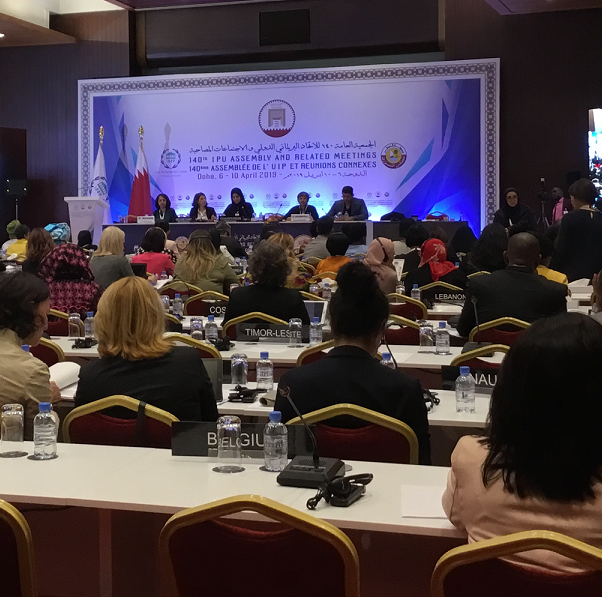 Within this context, Krishanti spoke about the upcoming International Labour Organization (ILO) instrument on ending violence and harassment in the world of work as one immediate step toward addressing these issues. Toward a strong approach, CWGL is working with women’s rights and labor rights entities to call for a legally binding convention and recommendation to encompass key areas such as: recognizing and addressing the gendered and intersectional nature of violence and discrimination, a broad definition of “world of work” and “worker”, domestic and intimate partner violence in this space and its impact on a woman’s working life, recognition of unpaid care work. Krishanti offered CWGL’s 16 Days of Activism against Gender-Based Violence Campaign as a tool and a resource for influencing this immediate space through its #ILOendGBV campaign, and for the long term through its digital platform and mobilizing efforts.

Krishanti emphasized the promising practices that already exist from the efforts of parliamentarians working toward a world of work free from sexism, harassment, and gender-based violence. These examples of existing legal frameworks that are presently advancing gender equality at work demonstrate what is possible, and what can be built upon for further implementation. These included practices such as parental leave, menstrual leave, domestic violence and intimate partner violence sick days, chid care and early childhood education, and universal access to sexual and reproductive health and rights. From CWGL’s work at the intersection of gender, human rights, and economic policy, Krishanti offered concrete ways for parliamentarians to address the imbalance of unpaid care work. As the IPU discussion also focused on vulnerabilities for domestic workers, Krishanti presented the challenges they face and potential solutions as informed by information received at a recent CWGL convening with domestic workers.

The IPU Assembly provided a welcomed opportunity for CWGL to engage with parliamentarians toward advancing women’s rights and achieving equality. The Center looks forward to continuing its work with women parliamentarians both by including their experiences with gender-based violence and discrimination in its research and advocacy, and as partners in implementing legal frameworks to address these issues for all women workers. Corresponding with this relationship and the next steps for the ILO instrument, CWGL is amplifying women in politics as its current sector highlighted on the 16 Days Campaign digital platform to its global audience.