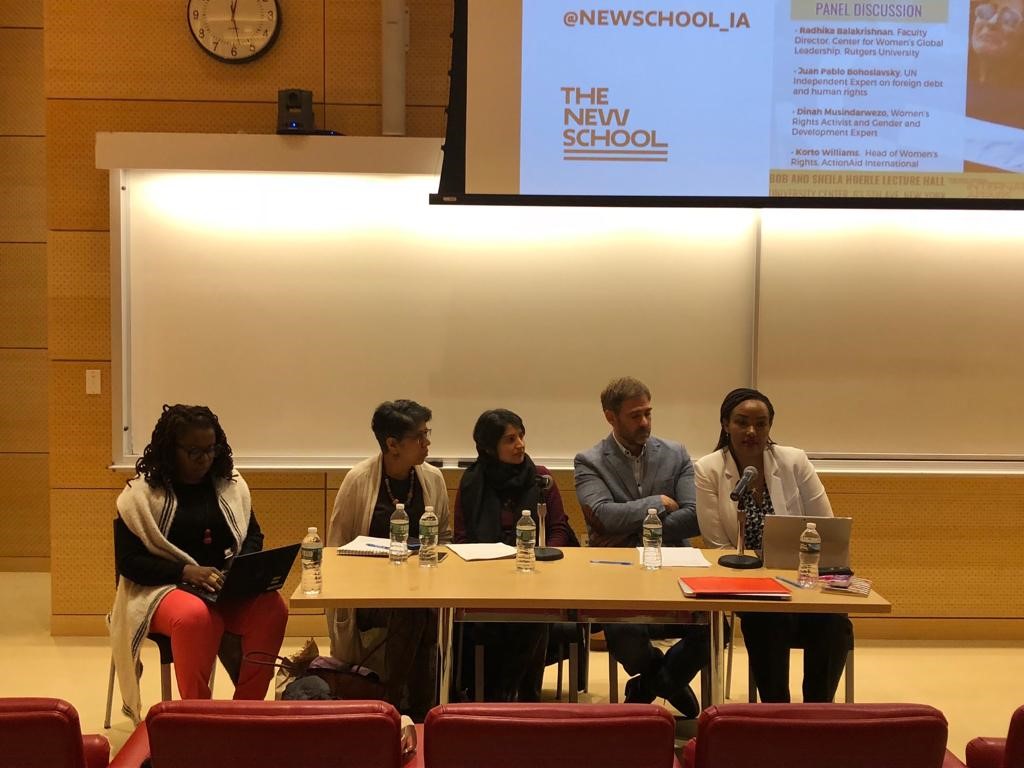 Macroeconomic policy is often thought of as “gender neutral.” However, economic policies affect women and men differently due to their different positions and roles in the economy, both market (paid) and non-market (unpaid). If policymakers do not consider this, the macroeconomic policies promoted will not be “gender neutral,” but male-biased, as they often contribute to worsening gender inequality. Austerity measures, for instance, are a clear example as they disproportionally affect women through many mechanisms.

Today, more than two thirds of countries across the world are contracting their public purses and limiting, rather than expanding, their fiscal space. While structural adjustment and fiscal consolidation policies can have massive adverse impacts on human rights of persons in situations of vulnerability, most of those policies have not been designed or implemented in a manner that would promote or safeguard human rights, let alone are sensitive to gendered impacts.

In this scenario, the UN Independent Expert on foreign debt and human rights focused his thematic report to the UN General Assembly, 73rd session (2018) on the links and the impact of economic reforms and austerity measures specifically on women’s human rights. The report resulted from broad and substantive consultations and contributions from a wide array of organizations, States, National Human Rights Institutions and experts, including the Center for Women's Global Leadership (CWGL).

With the goal of amplifying the findings of the report, the UN Independent Expert and CWGL co-organized a side-event to discuss the impact of austerity measures on women's human rights. A panel discussion moderated by Sheba Tejani (Associate Professor of International Affairs at The New School) allowed for a conversation among Juan Pablo Bohoslavsky (the UN Independent Expert on Foreign Debt), Dinah Musindarwezo (women's rights activist and gender and development expert), Korto Williams (Head of Women's Rights, ActionAid International), and Radhika Balakrishnan (CWGL Faculty Director) on the devastating gender effects of austerity measures and possible avenues to address them in future situations.

Read CWGL's summary of this report in English, Spanish or French.